Years ago I was desperate for answers. My body-mind-spirit was skidding down hill fast. The symptoms, Sugarpie, you don't want to know about. Suffice it to say that Pepto Bismol

was my true companion.

That a diagnosis of IBS with lactose intolerance was getting me nowhere. I wasn't feeling better eating more wheat germ and whole grains for fiber, like the doc instructed. In fact, I was feeling worse. Lactose enzymes did absolutely nothing. And the bread and pasta I was told to consume seemed to trigger more pain.

I called my nurse practitioner and asked if gluten might be the illusive enemy we were searching for. "Maybe..." was her one word answer. I thought I heard her yawning. I asked if we could try a gluten-free trial to see if my symptoms abated. "See you in two weeks," she answered.

That was four years ago today. The day I went gluten-free.

I knew within 48 hours I was on to something.

By the third day I was  symptom free and already envisioning a life without gluten and pain. The difference in my body was dramatic and immediate- and I wanted more of it. I consider myself lucky that I have obvious and attention-getting symptoms (to even the tiniest amount of gluten protein). The symptoms made my decision to go gluten-free an easy one. (Read about the ease and importance of testing here at Celiac Central.)

There were inadvertent bumps along the way to living totally gluten-free. I neglected to check on an herbal tea once and was "glutened" by  roasted barley. Lip balm did not register on my gluten radar at first; it was four weeks before I checked my lip balm label (lurking in the fine print: wheat germ oil and wheat bran).

Not thinking, I still used my old cutting board (saturated with wheat flour proteins). I was contaminated at a friend's house while eating my own gluten-free pumpkin soup. Why? I brought the soup and a stainless steel ladle; she stirred it with her ancient wooden spoon.

There's a definite learning curve when it comes to living gluten free.

The good news is: it gets easier. Much easier. And as energy levels return, and life expands beyond planning rest room strategies and swigging Pepto Bismol

for breakfast, you begin to comprehend just how awful you felt for so long. And how many odd and mysterious symptoms you took for granted as "normal". And how many insidious ways gluten affects and triggers the body's autoimmune system (digestive, cognitive, visual, neural, hormonal).

Gluten- the elastic protein in wheat, rye, spelt and barley- can cause impaired agility, balance and gait, lessen vitamin, mineral and protein absorption, diminish lactose, fructose and fat digestion, and whittle away bone integrity. Not to mention, energy and stamina. It can even trigger depression, migraines, skin rashes, brain lesions and seizures in certain individuals.

The last four - now fourteen! -years have been a time for realignment and adjustment- living gluten-free is traveling in unknown territory without much of a road map and very little support; though that particular aspect is rapidly changing thanks to the Internet, the fabulous work of the NFCA, and the recent flourishing of dedicated research centers devoted to understanding and curing celiac disease.

GF life is good and getting better.

These four years gluten-free have been a slow but steady climb toward healing and regaining strength, clarity, and stamina. I've come a long way. And I've developed quite a passion for gluten-free cooking.

So today, in honor of my Gluten-Free Anniversary, I just may have a cupcake for breakfast. 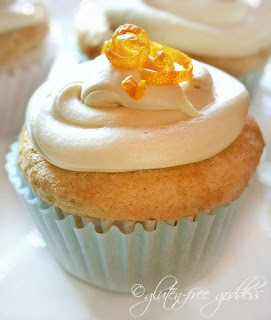 Three words. Fudgy. Brownie. Cupcakes. Lately we've been experimenting with baking brownies in a cupcake tin. Just for a change... 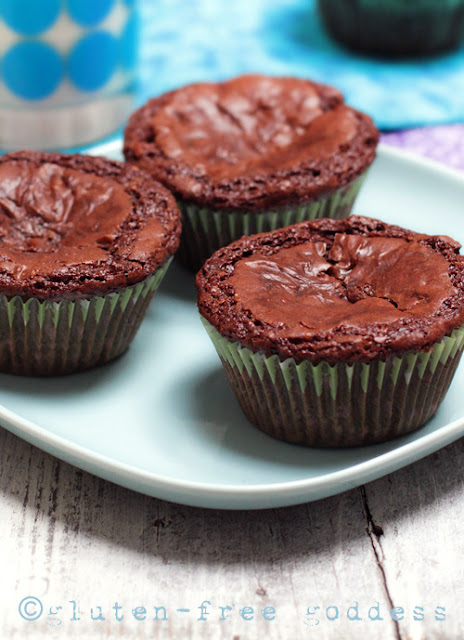 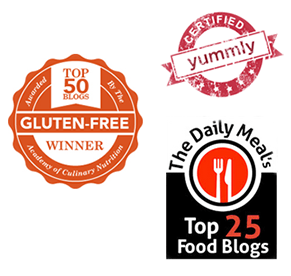